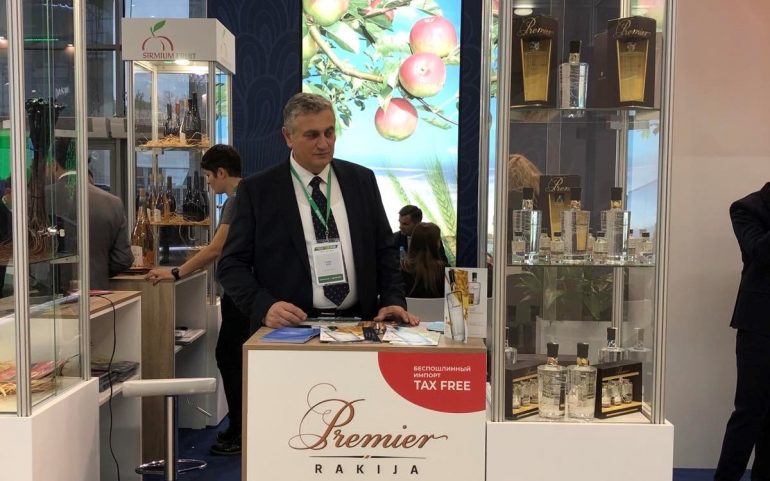 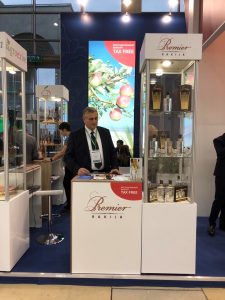 Serbia is for the first time given the status of partner 21. agricultural fair “Golden autumn” in Moscow. During the last year Serbia has exported to Russia-made products in the value of 350 million. The most important agricultural fair in Moscow, "Golden Autumn", held in October 2019. years, and where predstvljene Premier brandy, as a symbol of high quality beverages from Serbia.

It featured more than 1.800 exhibitors 60 Russian regions and 15 countries of the world, a Serbian delegation at the fair in Moscow was headed by the Minister of Agriculture, Forestry and Water Management Branislav Nedimović.

After the opening of the fair, Medvedev and Nedimović visited the Serbian stand where he presented Premier brandy, together with other Serbian companies - Zlatiborac, Krneks, PDM Agro-fruit, Sirmium fruit, Agroeksim, Agro papuk i Evro kalem.

Nedimović informed Medvedev that exposed fruit from Serbia belongs to the duty-free regime that our country has with Russia, adding that at the end of October and brandy to be part of the zero rate.

"Golden Autumn" is the most important agricultural forum of Russia for more than 20 years, that preserves the best traditions of European-wide agricultural exhibitions and developing modern technology exhibition business in the field of industrial agriculture.